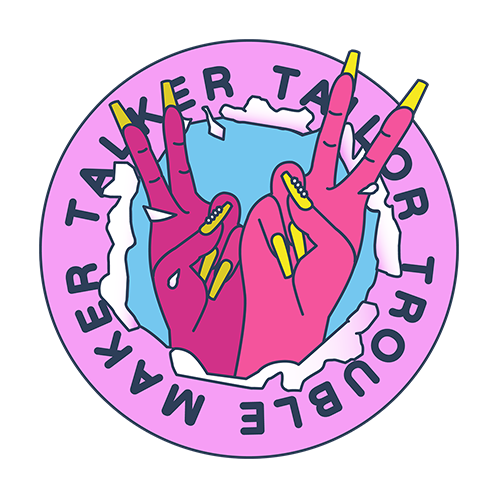 Great Ideas from our team 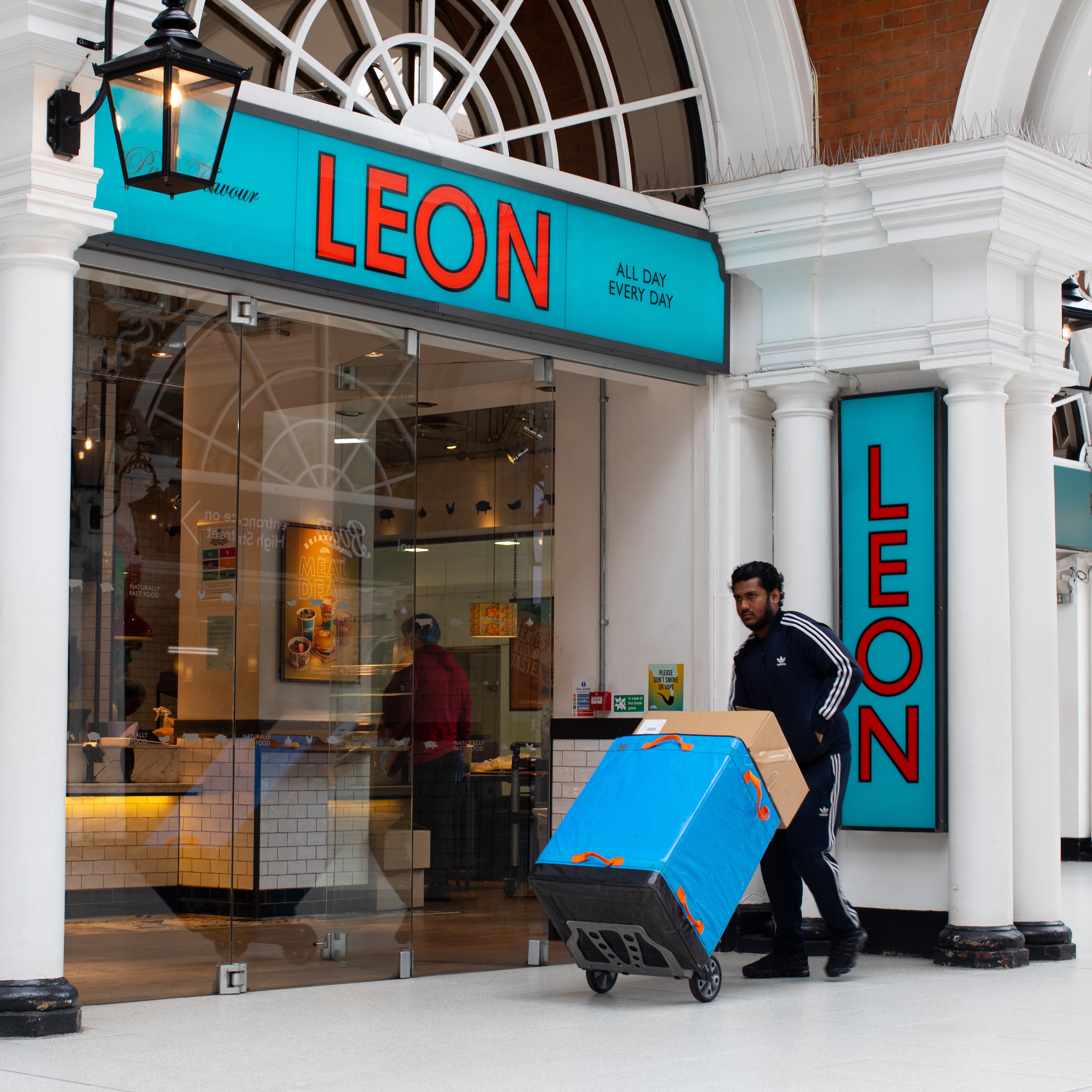 In response to the Covid-19 crisis, we launched a new charity initiative set up by LEON founder John Vincent, actors Damian Lewis, Helen McCrory and comedian Matt Lucas. The brief was clear: shape a charity campaign to help feed NHS staff and launch it to media to reach a £1m fundraising target, which was smashed within two weeks. The campaign achieved over 1,200 pieces of coverage, including 12 broadcast interviews, over £1.7m was raised in total, and 40,000 hot meals were delivered per day across 101 hospitals nationwide. 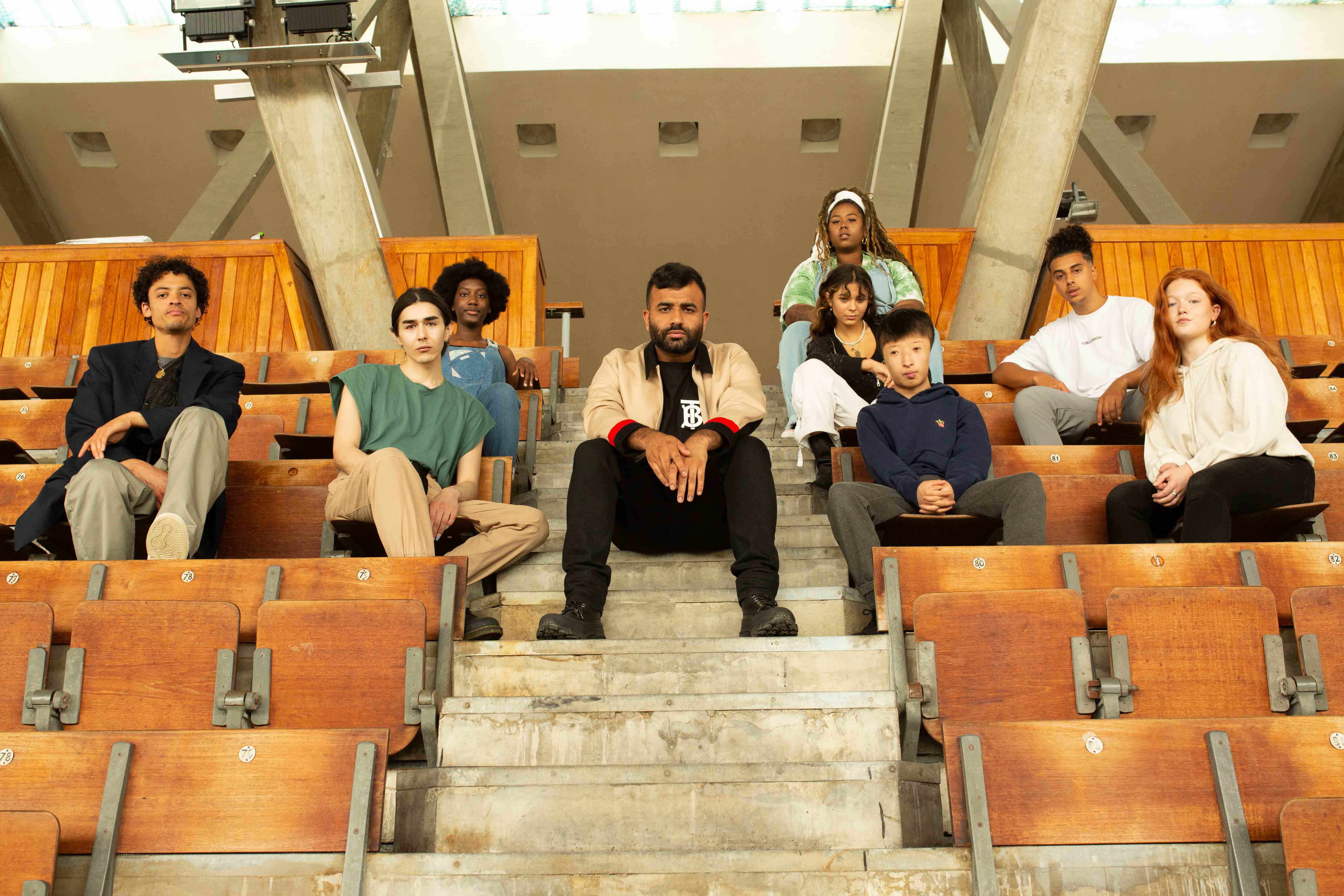 Research commissioned by FutureLearn found that the majority of British students were more anxious about their results than ever before. While we couldn’t take that anxiety feeling away, we could reassure that results day won’t dictate for the rest of your life. Mental health advocate and poet, Hussain Manawer penned a poem named ‘Your Future’s Good’ to accompany the research by FutureLearn. The coverage was seen in: Good Morning Britain, Sky News and ITV News; which helped land the messaging that there is more to life than results day. TO CELEBRATE HALLOWEEN, WE LAUNCHED DELIVEROO’S DEMONIC BUTCHERY AND PIE EMPORIUM ON FLEET STREET, SERVING ‘BODY PART PIES’ WITH EYES, THUMBS OR BONES. THE PIES WERE COMPLETELY FREE AS LONG AS CONSUMERS MADE A SCARY FACE. THE PIES WERE ALSO AVAILABLE ON DELIVEROO EDITIONS VIA THE APP IN THREE CITIES. THE PIE EMPORIUM LANDED NATIONAL PIECES OF COVERAGE IN TITLES SUCH AS THE DAILY TELEGRAPH AND DAILY STAR, PRINT PIECE IN THE METRO AS WELL AS A SLOT ON ITV LONDON NEWS. 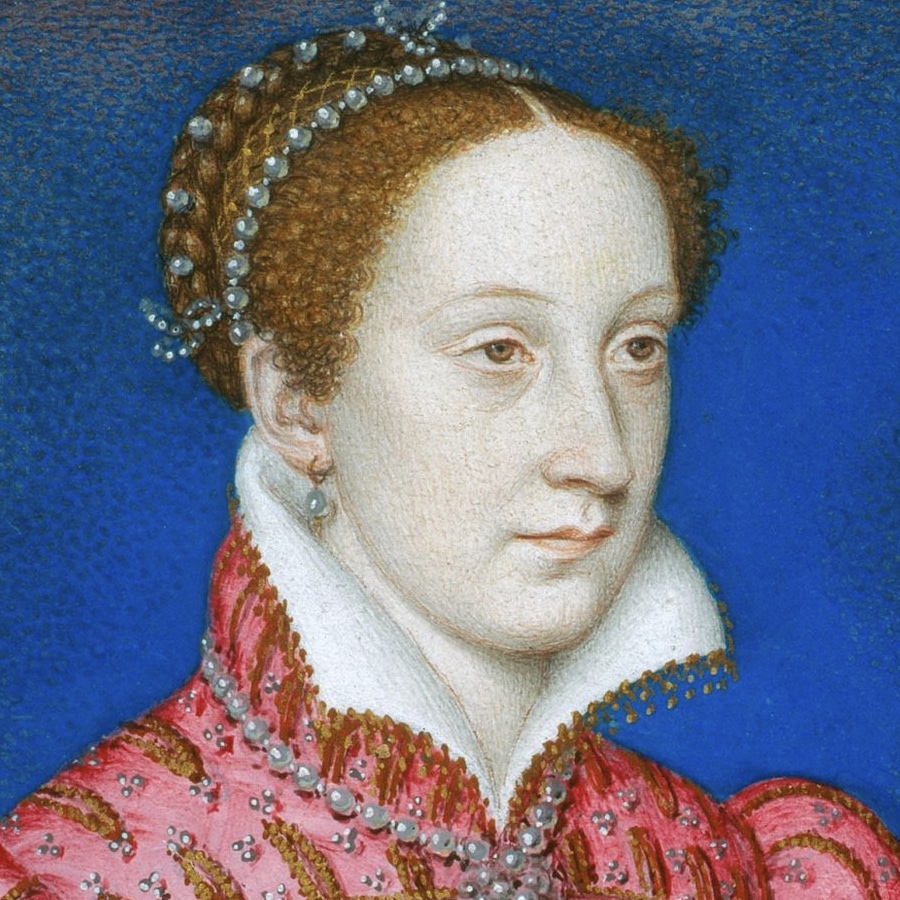 To help drive sign-ups for FutureLearns new Mary Queen of Scots course, working with Glasgow Uni, we launched a simple survey finding out how much Brits new about the monarch which turned out to be… not a lot.  Most Brits couldn’t even pick her out in a line-up. The coverage, which featured on everything from The BBC to a page in The Daily Telegraph helped the online learning platform hit record sign-ups 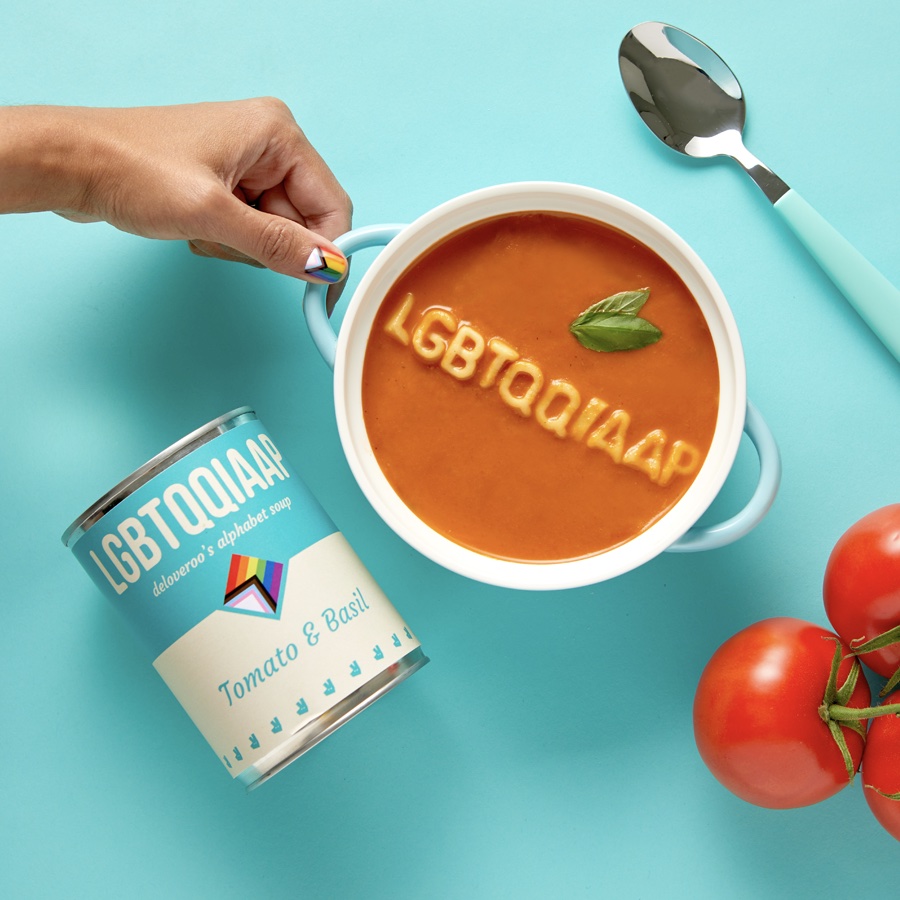 Alphabet soup get a queer makeover

To celebrate Pride season, and to continue Deliveroo’s work within the community, we made and sold Alphabet Soup that only contained the letters LGBTQIA & P, to spark conversations about sexuality and identity around every dinner table in the UK. It was designed by the creator of the inclusive pride flag, Daniel Quasar and all proceeds went to the amazing charity, LGBT Switchboard 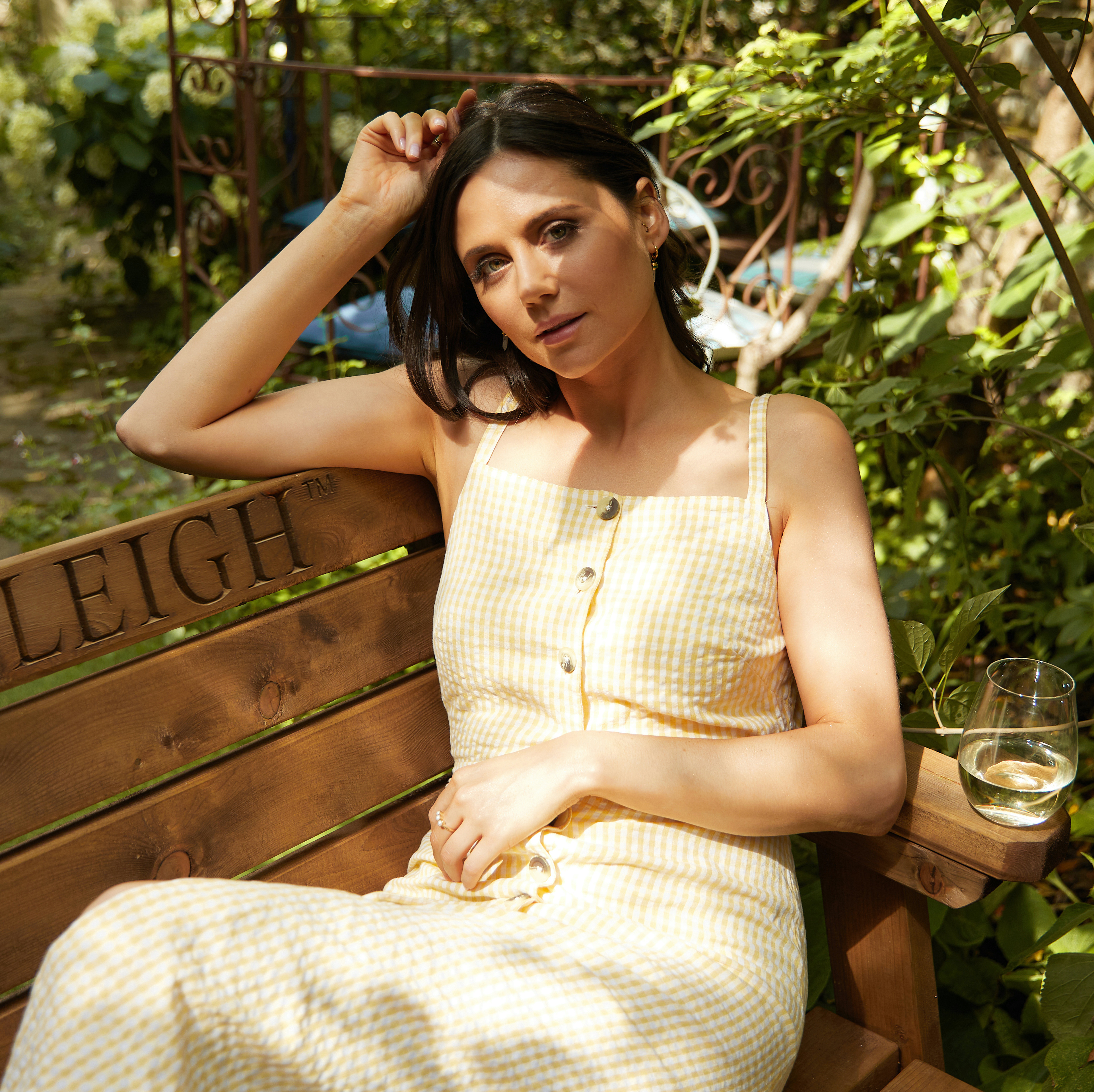 To celebrate the launch of New Zealand wine Stoneleigh, we launched a Garden Borrowing Service across three UK cities and a National Plottery Campaign raising funds to not-for-profit organisation Grow2Know, in partnership with DJ Lilah Parsons. Broadcast and national coverage were achieved for the campaign with a reach of over 486 million. 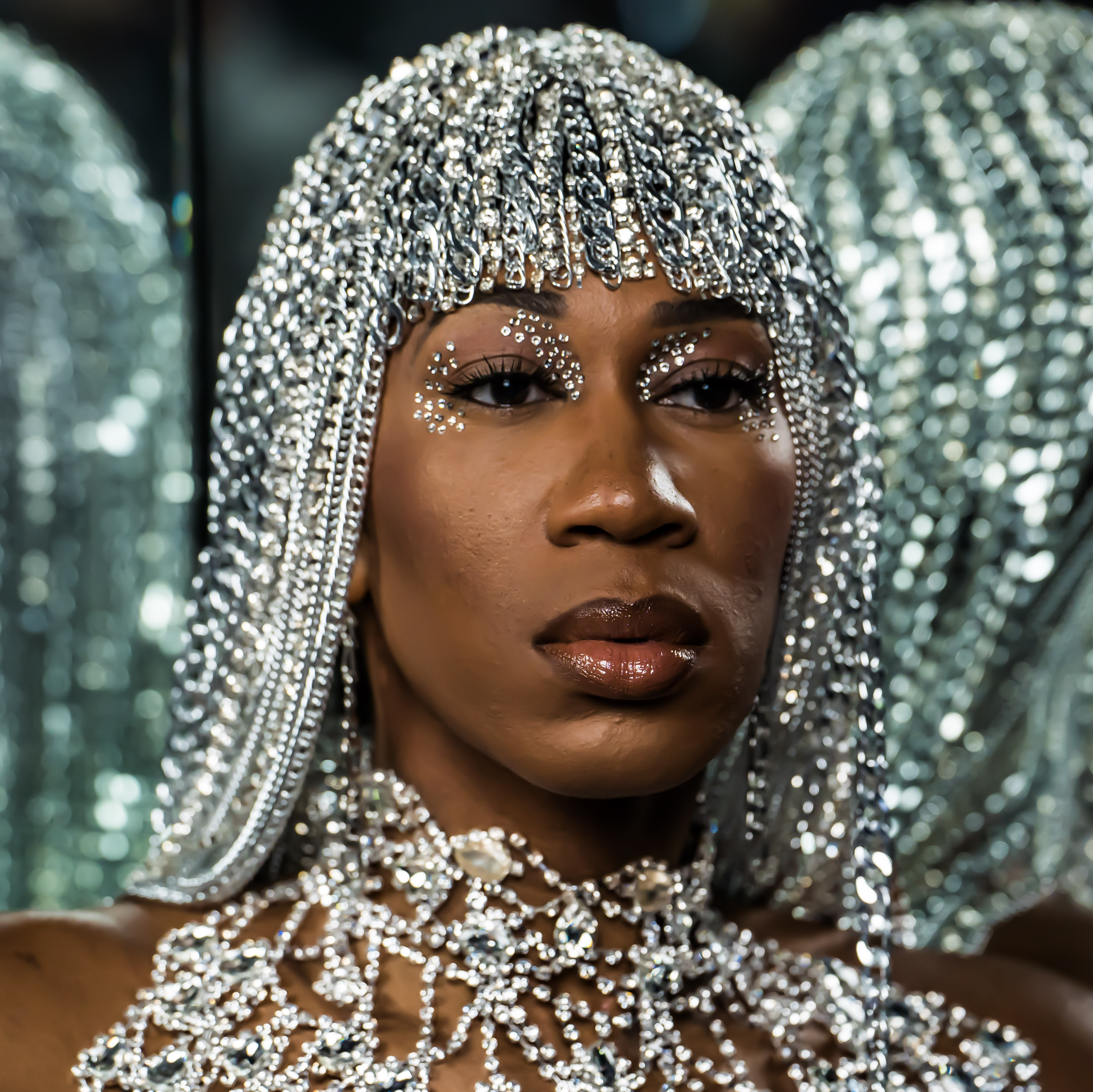 Helping global music streaming service Deezer stand out and support its ongoing LGBTQ+ commitment, we launched It’s Raining Them with trans artist and activist Mila Jam. The remake of the original 80s smash hit celebrated the trans and non-binary community and raised funds for Gendered Intelligence. The campaign achieved over 150+ pieces of coverage, national and internally, including an interview with Mila on Sky News and a double-page spread in the Daily Mirror. 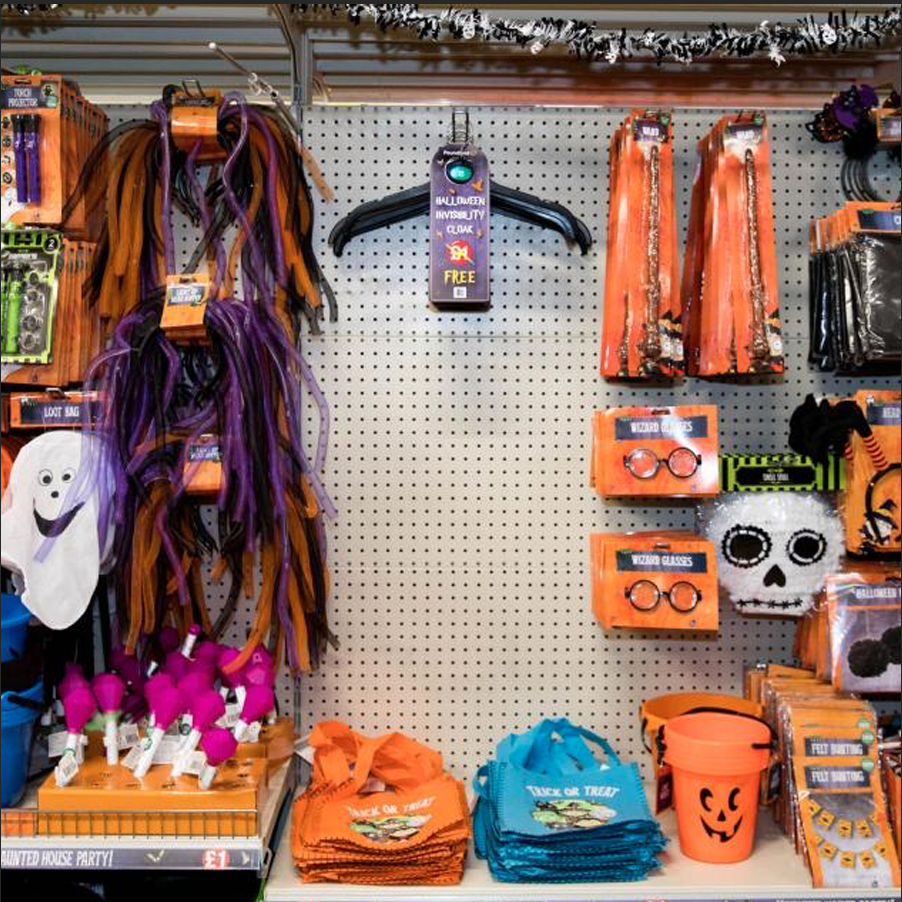 To celebrate Halloween, we launched an Invisibility Cloak at Poundland, a plastic hanger that was free for customers to take home as a gag gift. The stunt, which landed on The Sun online and in Print as well as most national titles also helped with a Poundland plastic issue, allowing the brand to get rid of thousands of plastic hangers, entirely for free 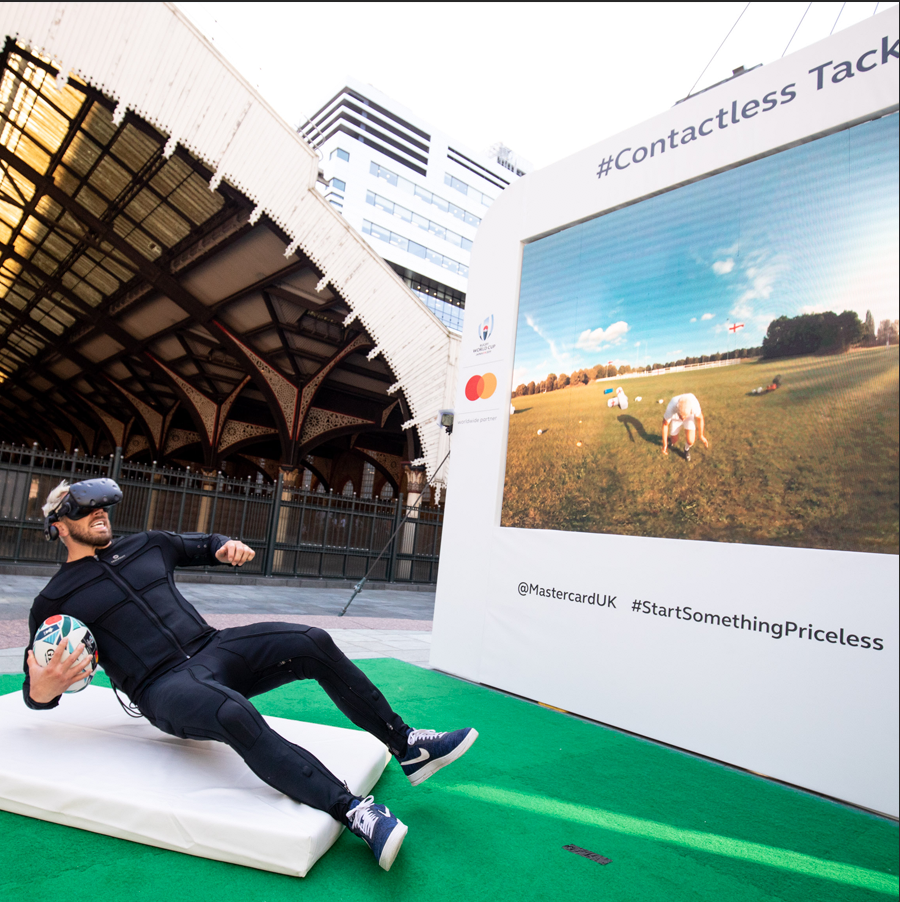 Created a virtual tackle that replicated the force of a real rugby superstar tackle to celebrate Mastercard’s association with The Rugby World Cup. Using a VR suit and helmet, the live experience and video content was featured across titles including The Sun, TalkSport, MSN and AOL. 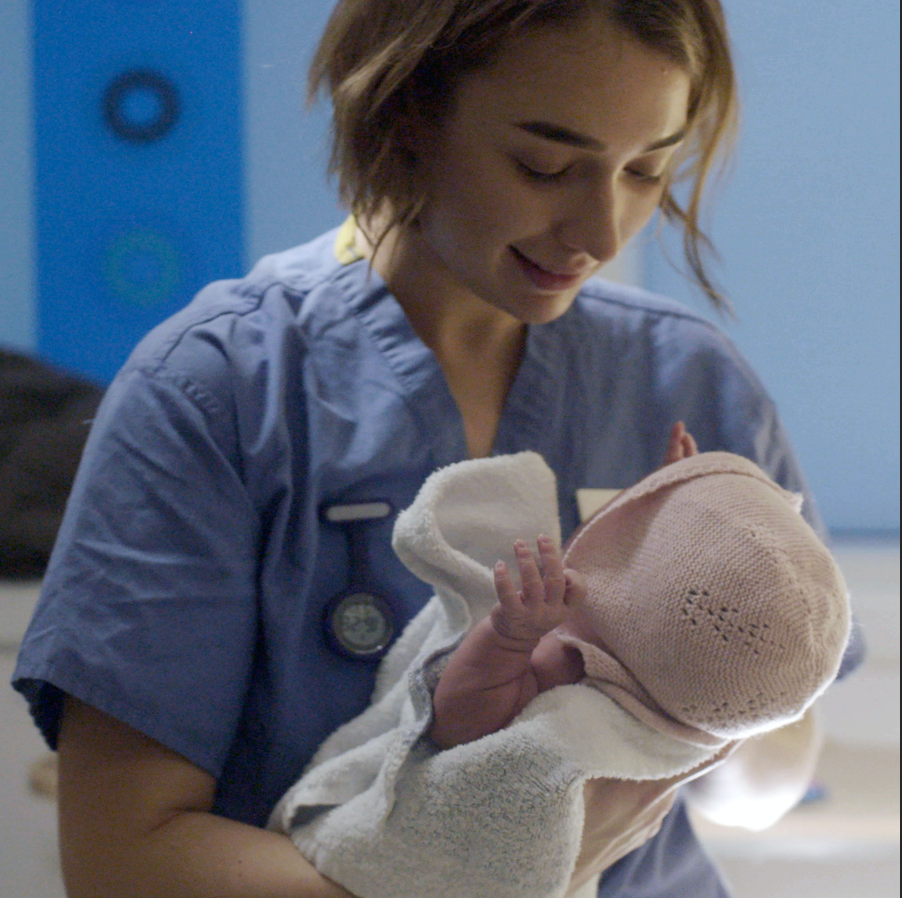 Our first TV ad spot across Sky and Sky Sports for Deliveroo where money was donated to NHS midwives over Christmas 2019. The ‘Second Best Delivery’ campaign came from a singular insight that some deliveries are simply more important than takeaways.

Bagatelle London launched with a pure talent first strategy. We worked with Beyond Talent Global to host a number of celebrity and talent events including screenings, birthdays and big nights out. For the period of launch, the restaurant was a mailonline mainstay, which was fabulous 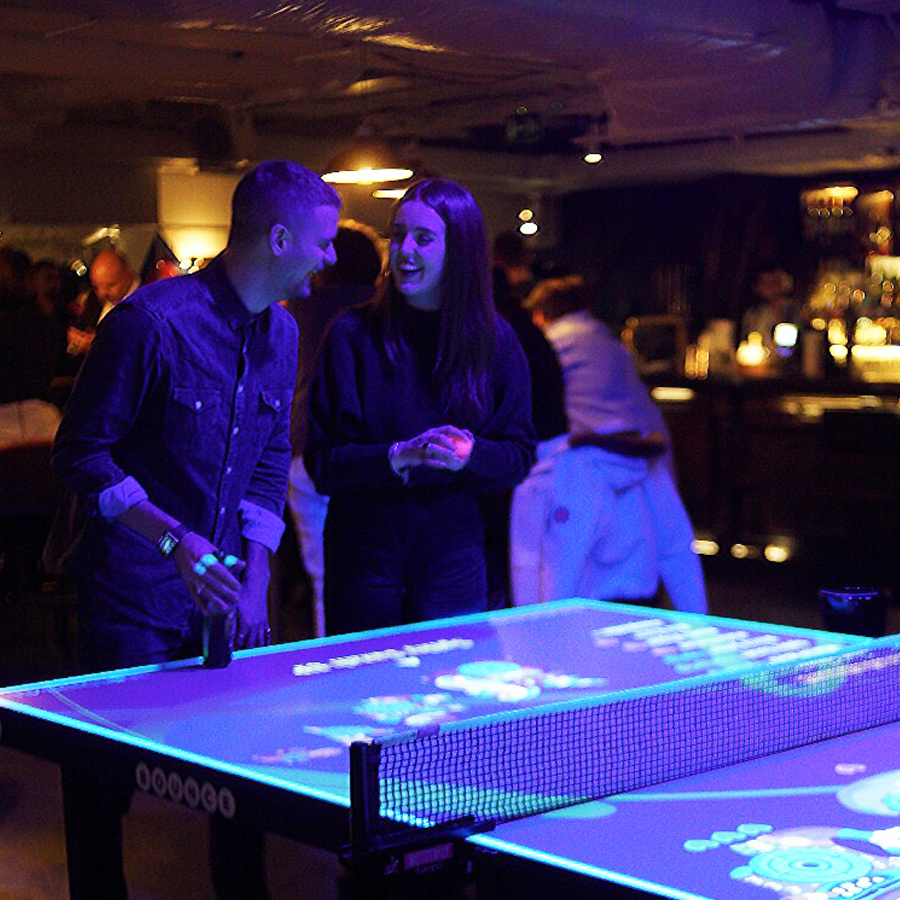 Launched Wonderball, the new projection-mapped ping pong game with incredible video content viewed by over 3m people and a series of journalist one-on-ones over the course of launch week. It’s also Ned and Abbey from the team in the picture giving proper couple vibes 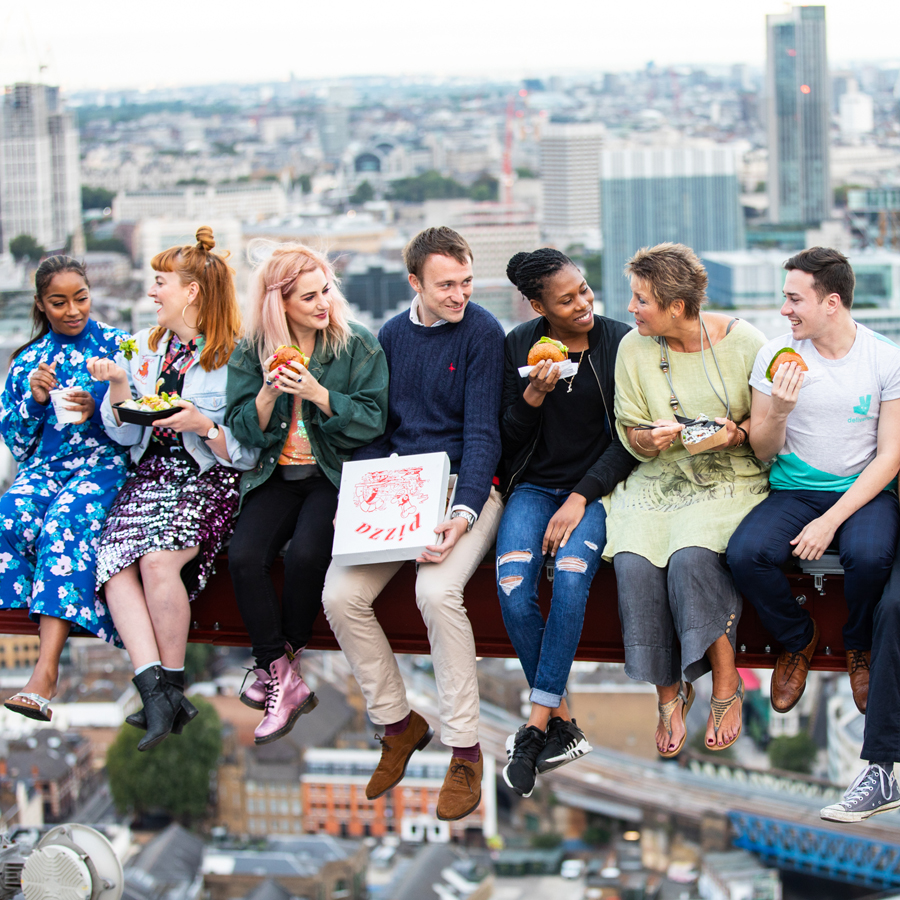 Recreated the classic ‘lunch atop a skyscraper’ image in London, 45 flights up and invited journalists and members of the public to join Deliveroo for breakfast, lunch and dinner becoming one of the most popular images in media the next day 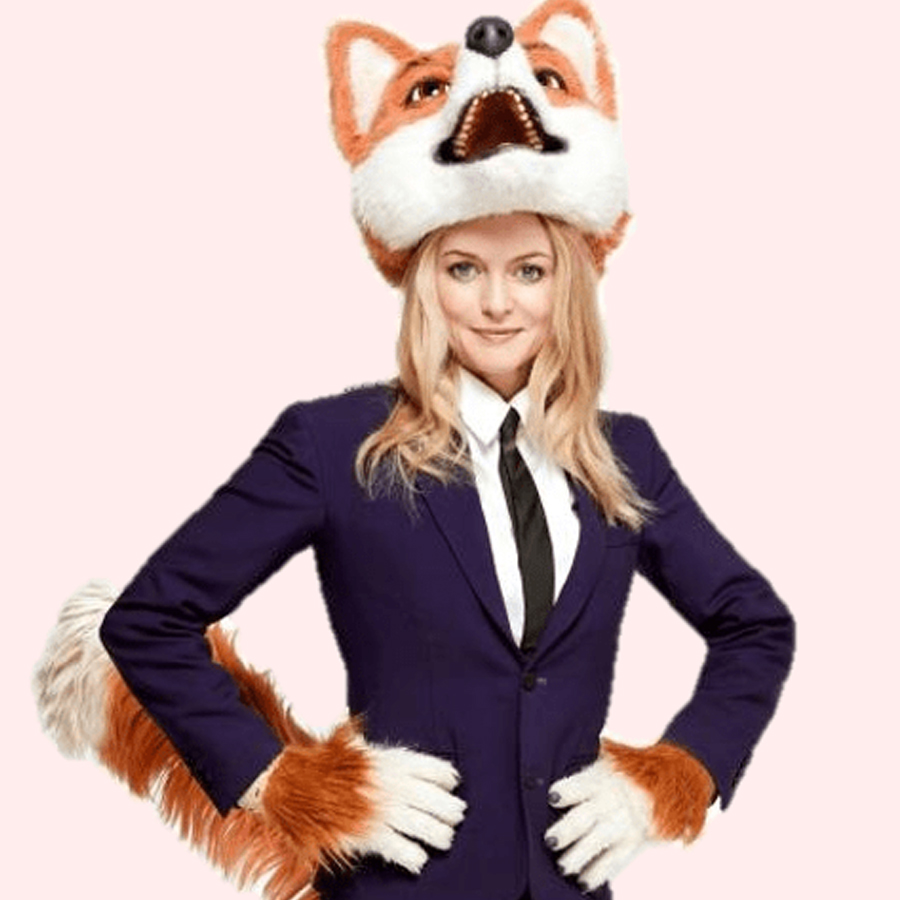 Spent our Christmas negotiating with Heather Graham to be the new face of Foxy Bingo, the first celeb to ever be unveiled under the fur. Worked with Dan Wootton at The Sun to break the ad exclusively before generating coverage in every major national newspaper. The noise foxes make when they have sex is truly disturbing but that’s beside the point, it was a great campaign launch 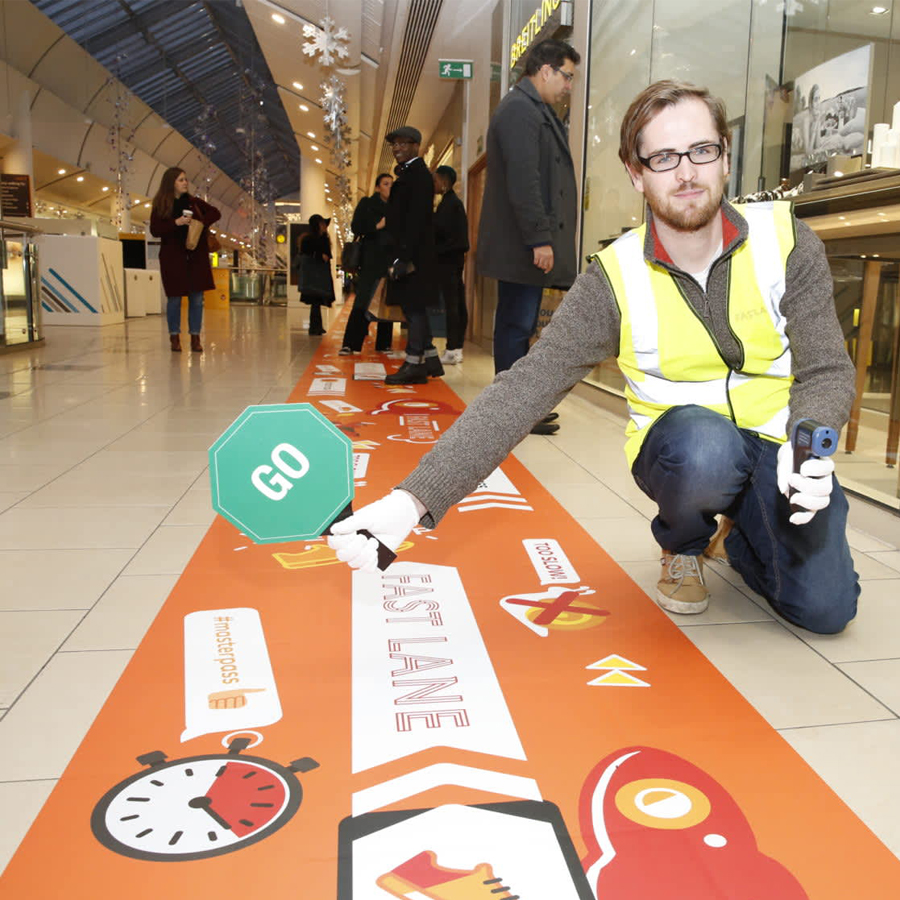 Worked with MasterCard to identify ‘Slowed Rage’, the rage you feel when stuck behind a slow walker on the hughstreet. We launched a fast lane in an Intu shopping centre which resulted in coverage on everything from the BBC breakfast to LadBible (a first for the brand)

Launched a partnership between Deliveroo and Missing People UK putting the faces of missing people on the backpacks of riders across the UK. The campaign helped return five people to their families in just 31 days, delivered over 550 pieces of positive brand coverage and helped increase sign-ups to the Missing People UK text alert service by 2000%. 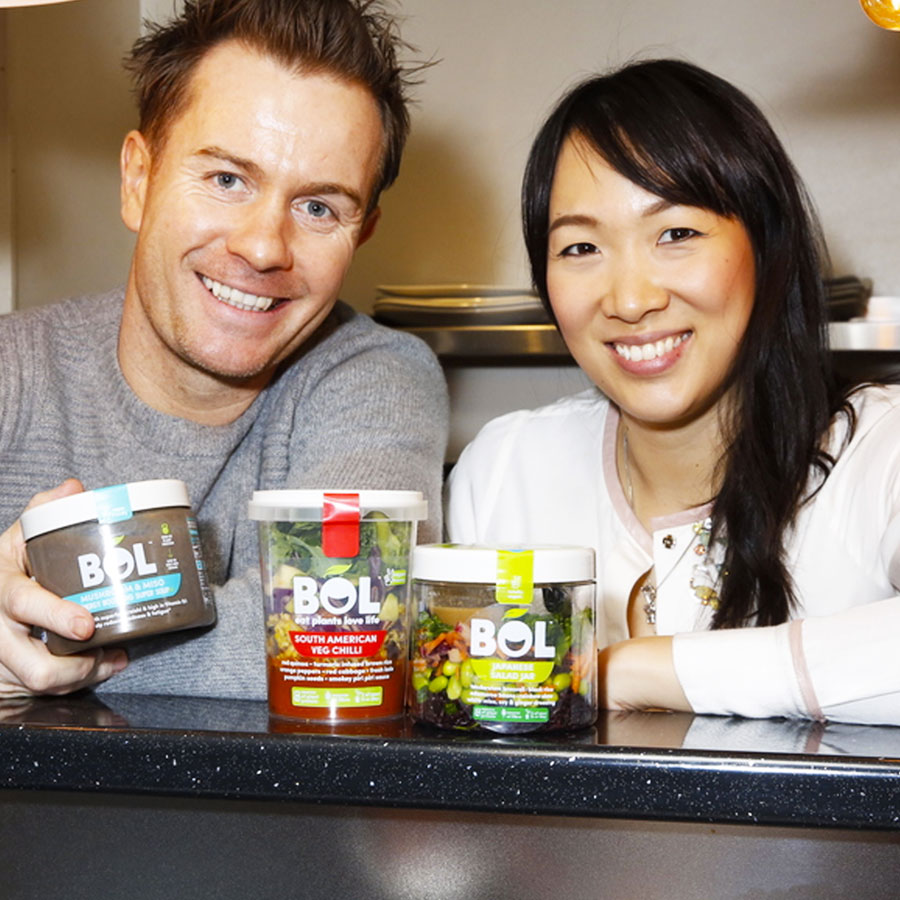 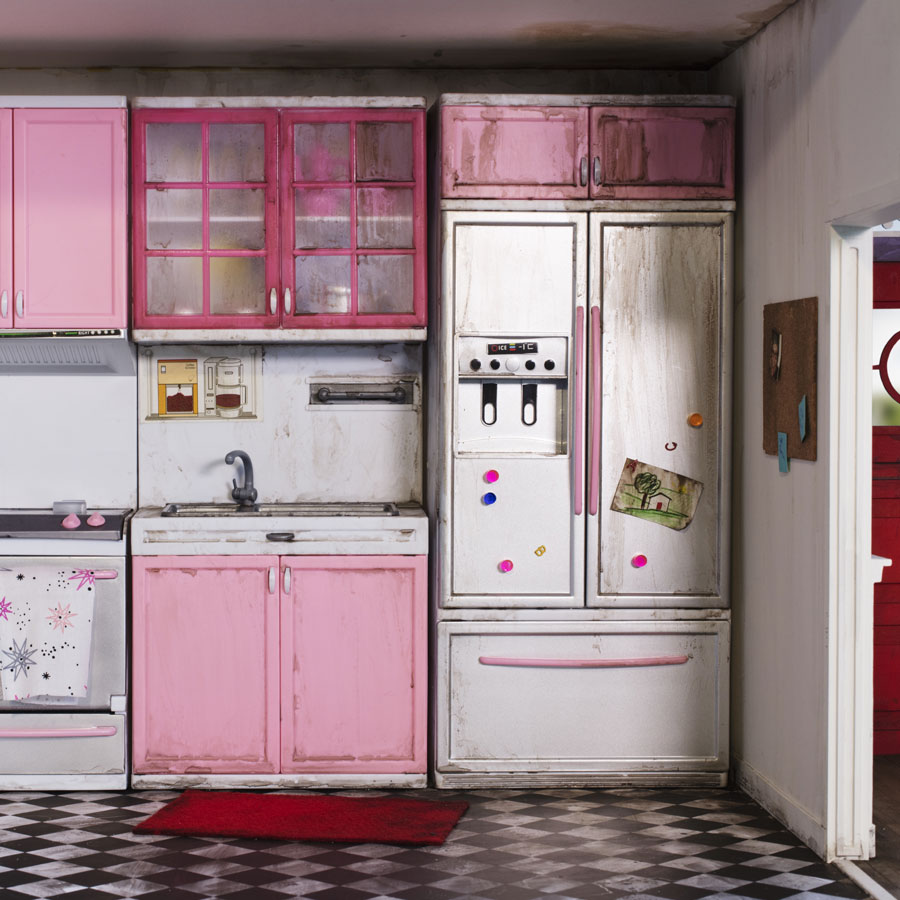 Destroyed Barbies dreamhouse for Direct Line to promote its new fast response solution, which amongst coverage produced a double page spread in The Daily Mail: How’d you like them apples? Nothing says love like a £1 engagement ring from Poundland. Our campaign generated a huge spike in coverage including Piers Morgan proposing to Susannah Reid live on Good Morning Britain and every national newspaper. 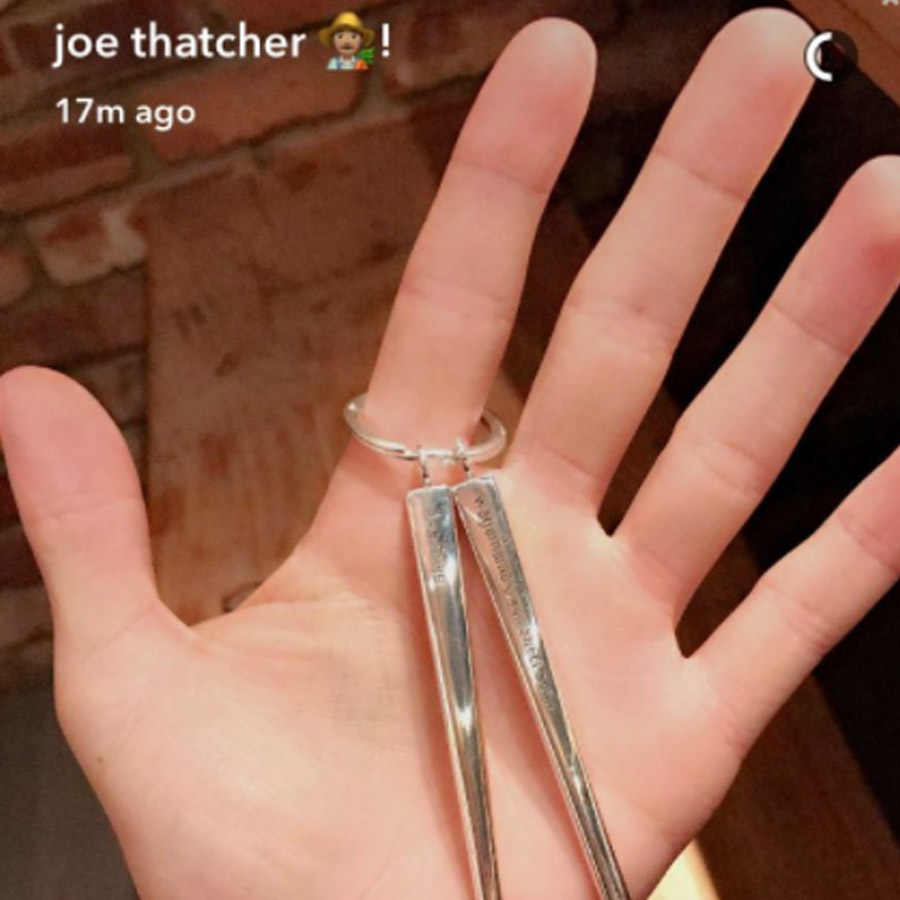 Launched the Golden Chopstick, an influencer campaign for Wagamama allowing influencers to eat and drink for free with zero obligation to post resulting in millions of eyes being drawn to the brand through Instagram stories and snapchat, reaching a brand new younger audience. 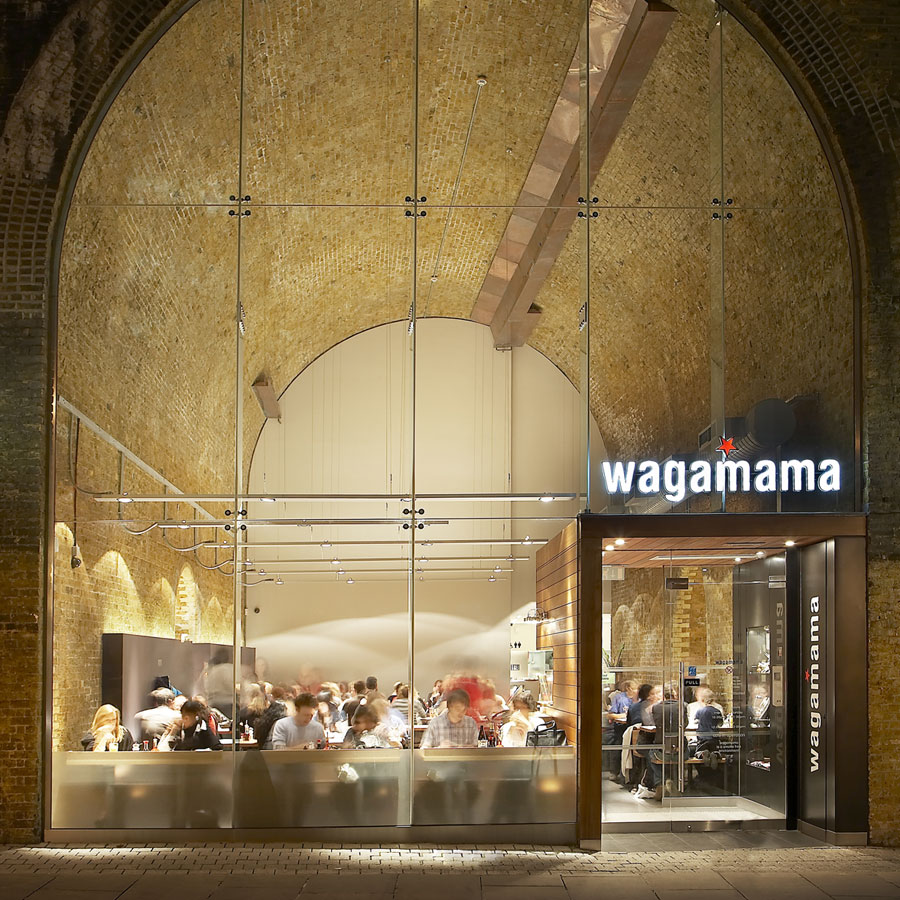 Worked with Wagamama to launch its commitment to reduce plastic by 2020 starting initially with the removal of all plastic straws. The move was mentioned in every single national newspaper. 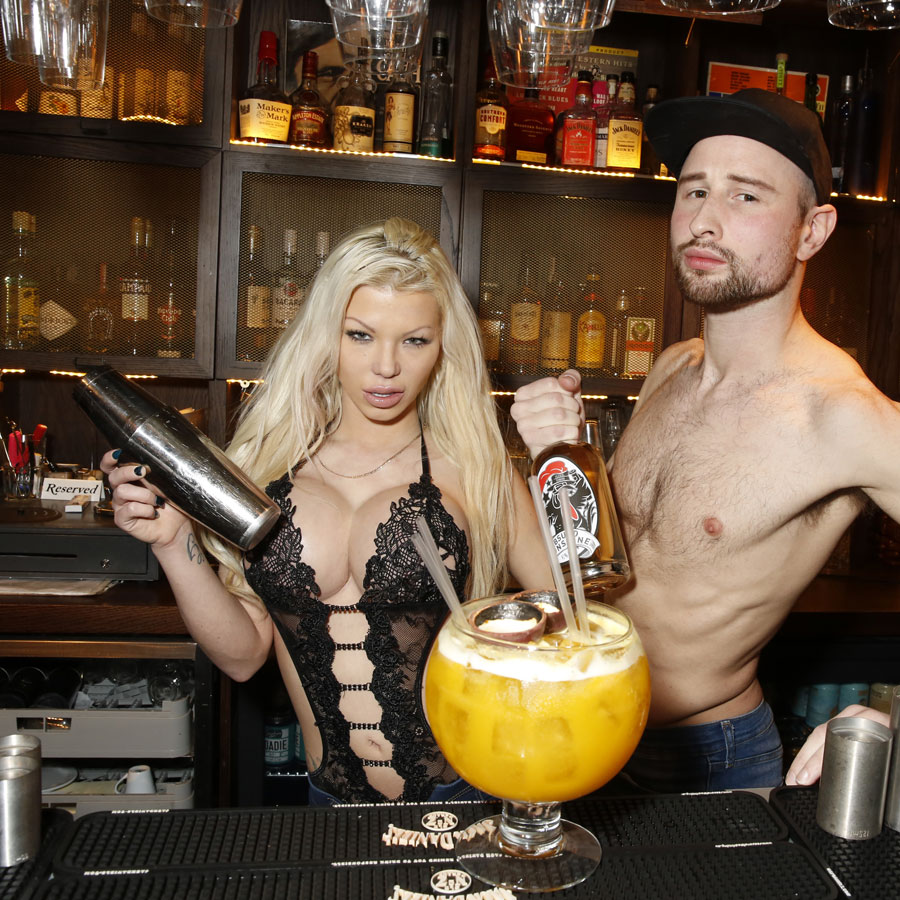 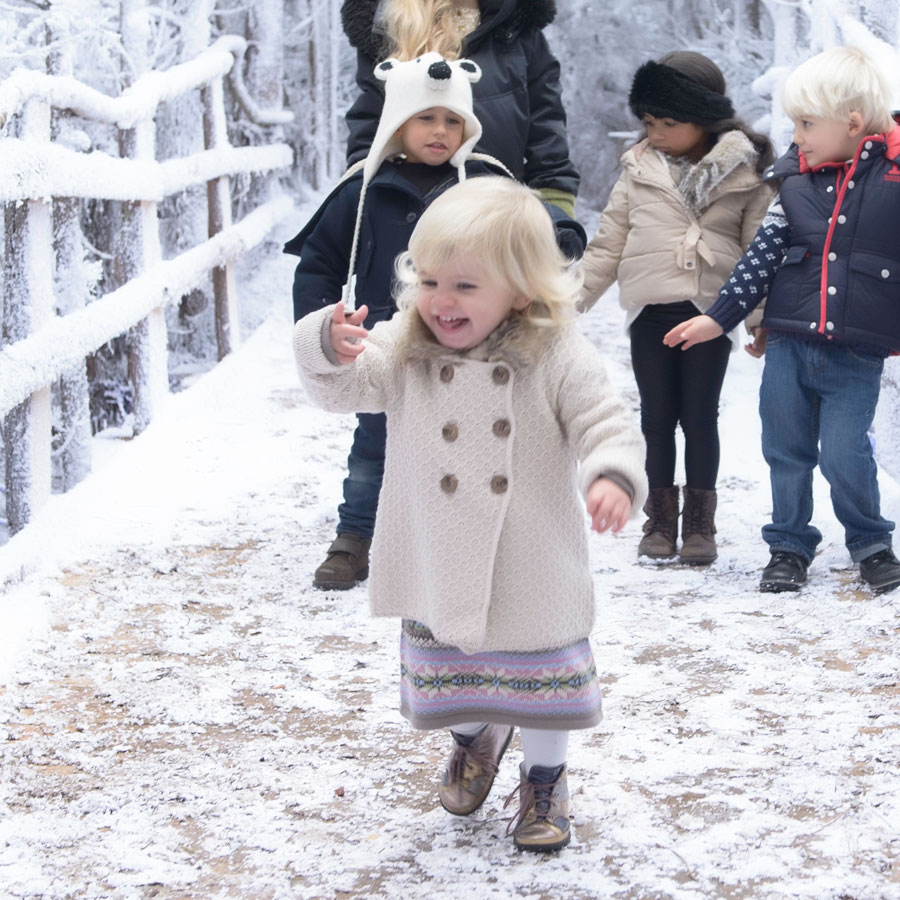 Reuniting children with families serving in the military at LaplandUK live on Good Morning Britain and This Morning whilst simultaneously entertaining talent including the Beckham’s, Elton John and David Furnish and The Royal Family. 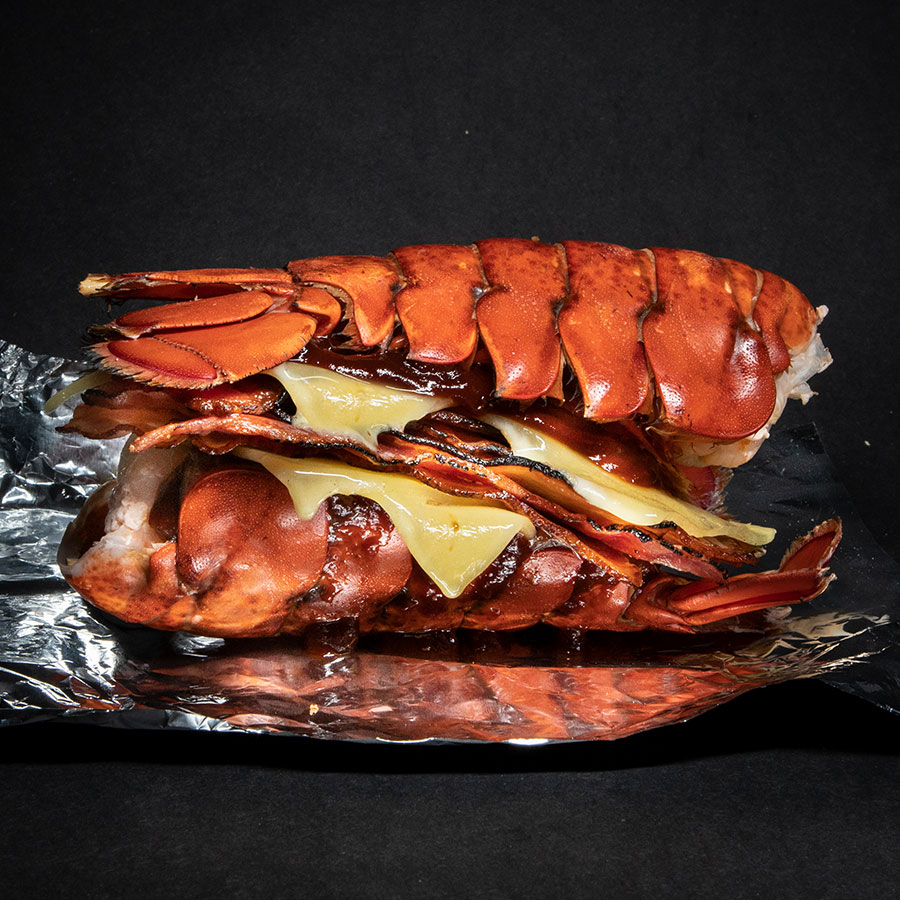 Trolling KFC for Burger and Lobster, creating the Double Drown, an expensive lobster take on its double drown burger resulting in over 1m content views. 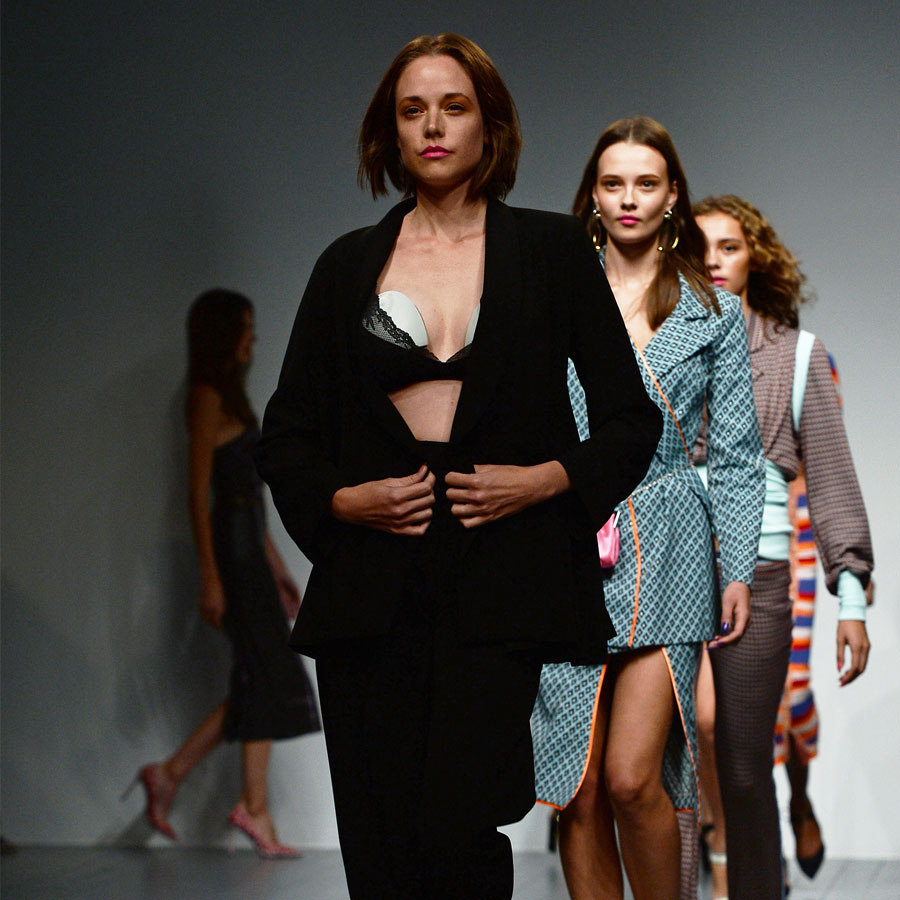 Executing an audacious stunt to launch the Elvie breast pump, working with a model and mum to express milk on the London Fashion Week catwalk, generating a 10% uplift in social traction, causing 5,000 pre-orders from PR alone and delivering coverage as far away as New York and Moscow 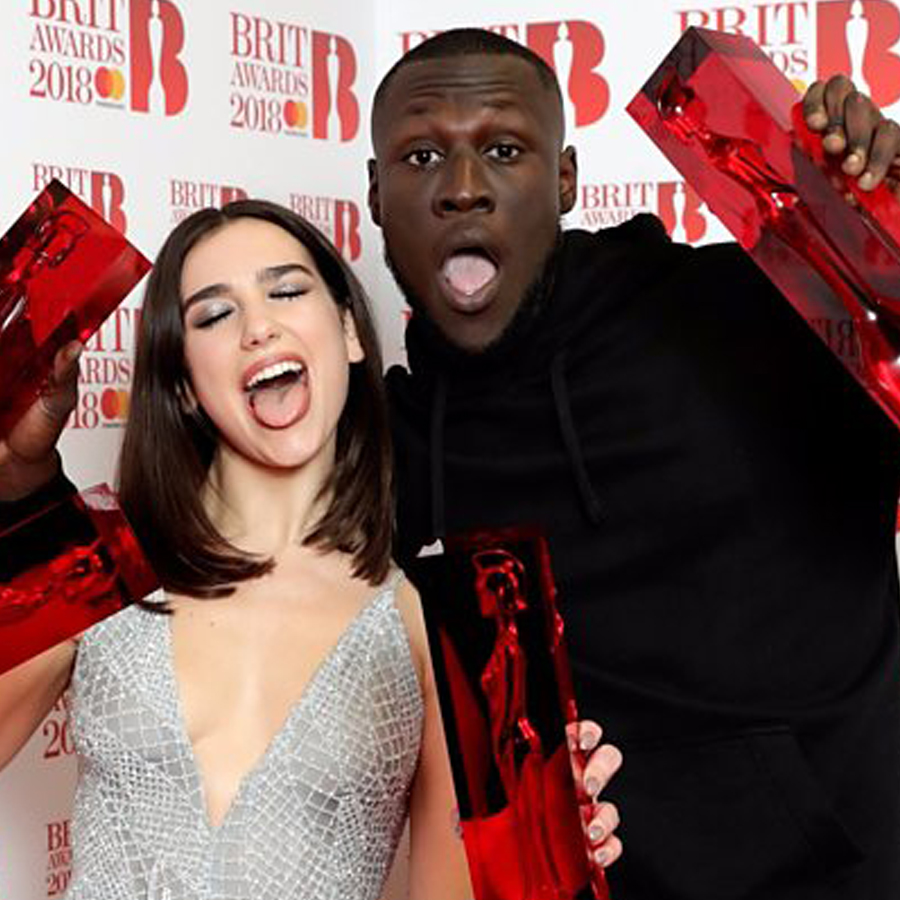 Worked with innovation agency StyleTech to create an algorithm translating symbols used in tweets into sounds, allowing people to download their very own soundtrack to their life, resulting in over 10,000 downloads

“Minus the sex and drugs, these guys are rock n' roll! Talker Tailor encourage us to push boundaries and test the parameters of what we stand for. With a growing global network, we can make an impression wherever we are in the world.”

Send To a Friend